Please Join Us For Sunday Mass

Every Sunday at 10am. 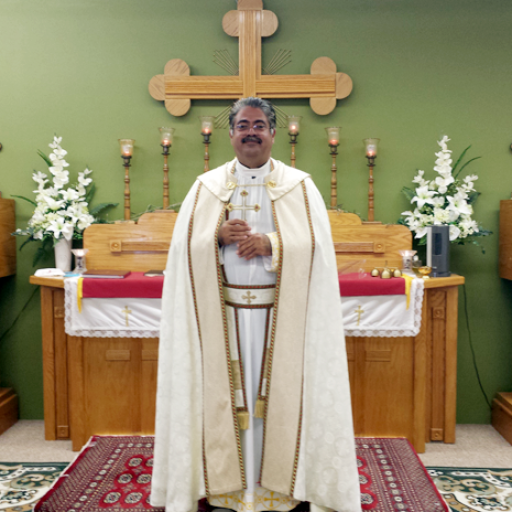 Father Ashur Elkhoury was born in Beirut, Lebanon on Holy Cross Day, 1965 to Shamasha (Deacon) David and Catrina Elkhoury. He is the grandson of Archandeacon Patrous Elkhoury (Mazraanaya of Tkhooma) and the nephew of Cor-Bishop Israel Elkhoury of Beirut. In 1980 amd at the age of 14, he migrated to the United States, along with his family, and resided in Anaheim, California.

Father Ashur attended Anaheim High School, where he met his life companion, Susana, daughter of Don Villa and Donna Lydia Villa. After graduating Cal Poly University with a Bachelor of Architecture degree in 1991, he married his life companion, and was blessed with three lovely sons: David, Alexander, and Emmanuel. He has been a Registered Professional Architect since 1996 and is currently the Principal Architect at his own firm.

Father Ashur commenced his studies for the rank of Shamasha (Deacon) at St. Paul Parish in Orange County, California following his college graduation. In 1998, he was ordained a Shamasha (Deacon) by His Grace Mar Aprim Khamis, Bishop of Western United States. After serving eight years as Shamasha, on Christmas Eve 2006, he was ordained a Qasha (Priest) by His Grace Mar Aprim Khamis and was assigned to St. Paul Parish Assyrian Church in Orange County, California as a Parish Priest commencing on January 1, 2007. 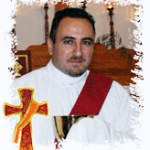 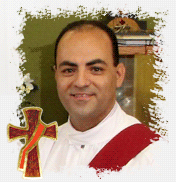 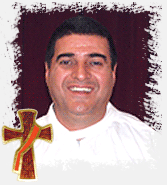